Welcome to the “Deliverology & Implementation” Breakfast Event, brought to you by Canadian Government Executive and Dell/Softchoice.

Learn what your Canadian peers are doing to prepare and implement Deliverology.

Come hear our stellar speakers, as well as a panel of experts to answer YOUR questions! 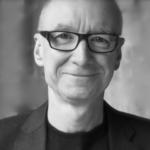 Tony Dean teaches at the School of Public Policy and Governance at the University of Toronto. He advises governments in Canada, and internationally, on public administration and public service reform. He has chaired several
expert panels at the federal and provincial levels.

From 2002 to 2008 Dean was Secretary of the Cabinet and Head of
the Ontario Public Service, an organization of 63,000 employees.

He has written on public sector leadership and co-authored a Mowat
Centre report on pathways to fiscal sustainability in Canada. His
book, Building Better Public Services was published in 2015. 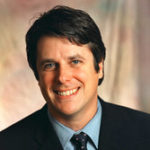 Craig is a Lean Government and transformation specialist with two decades of experience implementing dramatic turnarounds in Canadian government. He works exclusively with government organizations by guiding his clients along the path to reduce wait times by up to 80%, increasing capacity by up to 200% and creating outstanding levels of employee engagement. 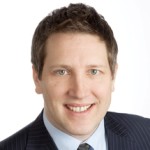 Tony Olvet is Group Vice President of the research domains team at IDC Canada. He is responsible for managing the services and research direction of the technology market analysts in Canada. Mr. Olvet is also a member of IDC Canada’s Senior Leadership Team.

David Senf is IDC Canada’s Program Vice President, Infra- structure Solutions Group. His team forecasts and tracks the markets and competitors in the cloud, servers, storage, networking, security, software tools, and virtualization. He works with vendors, the channel, CIOs and IT professionals to form a complete picture of buying patterns. 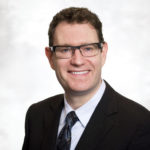 Eric Boehm is a partner in our Corporate Commercial Group in our Toronto office. Eric focuses on technology law, and is ranked as one of Canada’s top technology lawyers by the foremost legal rankings publications. He has extensive international and Canadian experience advising on complex commercial transactions, including technology and business process outsourcings, joint ventures, mergers, acquisitions and other strategic relationships. 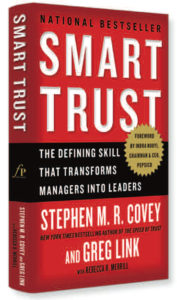 Don’t forget to pick up a copy of Smart Trust by Steven M. R. Covey on your way out! Copies will be offered gratis to attendees of this Canadian Government Executive Leadership Series Event!

What is “Deliverology” and what do I need to know about it?

Deliverology, a term that was coined during the Blair’s era of government in the UK at the start of the 21st century, is simply the art or concept of delivering or making good on what was promised. This is vitally important for any government Dean says, when weighed against the common perceptions that governments globally tend to make election promises and then fail miserably in fulfilling them.

It was this challenge that motivated former Prime Minister Tony Blair in the early 2000s to set up a delivery unit to ensure that his government met its promises. Heading up this Delivery Unit was Sir Michael Barber, a former British Public Servant who has built a global reputation as an expert on deliverology. As an expert, he has since worked with many governments around the world in helping them in the process of implementing policies that lead to delivering on promises. In fact, this same model was adapted by the McGuinty Liberal government in 2003 and led to the improvements in health wait times in Ontario hospitals (from the longest to the shortest in Canada), improvements to high school graduation rates (improving from 68 per cent in 2003 to 82 per cent by 2011), and an increase in the provincial standard for reading, writing and mathematics (improving from 54 per cent in 2003 to 71 per cent by 2011).

On June 7, over 40 senior executives from within the public sector in Ontario gathered for another event in the CGE Leadership Series at the BLG office in downtown Toronto.

Deliverology and Implementation was the theme for the breakfast event which was sponsored by Softchoice and organized under theCanadian Government Executive media banner of providing excellence to public sector.

The main speaker was Tony Dean, a professor at the School of Public Policy and Governance at the University of Toronto. He was also the Secretary of the Cabinet and Head of the Ontario Public Service from 2002 to 2008. Dean spoke on the captivating subject of Delivering on Government Priorities.

Craig Szelestowski, president of Lean Agility gave a presentation on Delivering Deliverology. Tony Olvet and David Senf from IDC Canada also presented their latest findings on cloud and the implementation of the data centre.

A word from one of our speakers: Craig Szelestowski

Q&A with our Panel of Experts from IDC Canada